Tenderness: An Rx For Troubled Times

The Inauguration, The Trojan War, and the Tenderness Cure.

By Faith Bethelard (From Faith’s article on ThriveGlobal.com) 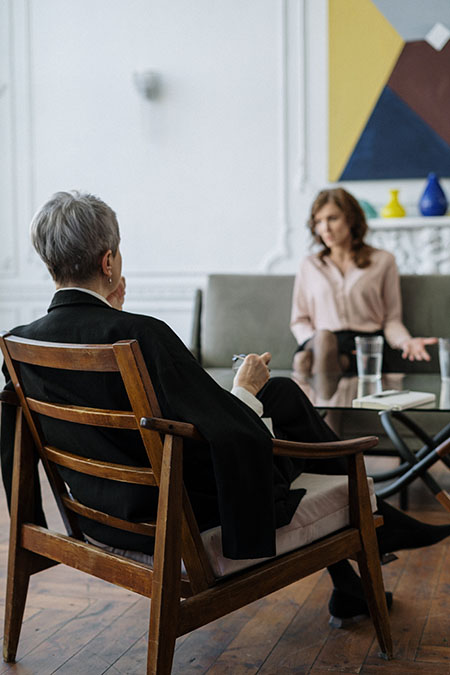 Watching the inauguration, after the terrible events of January 6, brought up an unexpected connection to a Greek Classics course I took in college, when we were reading Homer’s The Iliad. Written more than 2500 years ago, it tells the sorry tale of a grievance that turned to vengeance and its tragic aftermath in the final weeks of The Trojan War. The first line of the epic poem is “Rage.”  Thinking back, it struck me like a bolt of lightning that the situation in our nation today echoes that famous story—and that we have much to learn from it.

The tragedy of The Iliad is that the Greek and Trojan warriors are all related. They are killing each other’s uncles or cousins, friends of their fathers and grandfathers, brothers of their childhood nursemaids. It’s no surprise that poets, philosophers and leaders turn to The Iliad in troubled times. It’s a reminder not only of the insanity of war but, more deeply, that we are all vulnerable humans in need of tender care, consideration and community. Indeed, hatred is not the absence of loving but the forgetfulness of loving.

At the inauguration the Capitol insurrection was fresh in everyone’s mind, and heavily guarded DC was blanketed in an eerie quiet, similar to the feeling that follows the death of a loved one. The dignitaries on the dais had come with a sense of duty and little celebration was evident. Everyone was in the necessary masks, with solemn eyes and, I suspect, few smiles behind those masks. What made this bearable, even somewhat joyful, was that such a truly tender man was about to take a sacred oath to restore safety, sanity and civility.

Like many, I was keyed up in the days preceding this event. I kept waiting for the next bombshell of violence to explode. The night before I slept fitfully and awoke barely rested to quickly turn on the TV. Some part of me didn’t feel safe until I saw the wheels on Air Force One pull up after take-off with the departing President. I felt relief that so far nothing terrible had happened, but I was still apprehensive that something frightening might be lurking ahead at the Capitol. This is how people living in war zones feel every minute. They are constantly wary, fearful that an IED may explode or that a sniper or suicide bomber is amongst them.

The fury of the months leading up to Inauguration Day cannot be underestimated. Fear and conflict were broadcasting day in day out over the news and internet waves. Arguments in people’s homes and towns had reached a fever pitch. The contagion of confusion, hatred, mistrust and fear had in some ways gone more viral than Covid-19. But then, as I watched the inauguration, I began to feel a soft healing balm go through me, like good medicine. I was grateful for the reprieve, but still my thoughts kept turning back to The Iliad.

The story takes place in the last year of the ten year Trojan War and opens with the great Greek warrior, Achilles, sulking in his tent. He’s refusing to fight because his superior, Agamemnon, had taken away his woman to keep her for himself. Even knowing that if he doesn’t join the battle he dooms his fellow warriors and countrymen to a ruinous defeat, Achilles, full of wounded pride, continues to nurse his grudge. The violence in battle that ensues is calamitous. Without Achilles’ great skills the enemy, the Trojans, come close to victory.

Finally fully aware and deeply concerned that his people are losing, Achilles comes up with a scheme. He sends his beloved friend Patroclus into battle wearing Achilles’ armor. The ruse works for a time and the Trojans are held off. Eventually however, Hector, the son of the Trojan king, kills Patroclus. Achilles is so grief stricken that he rejoins the battle and cuts down every Trojan in sight.  At the last his spear is at Hector’s throat. Near death, Hector pleads with Achilles to return his body to his family. Unmoved, vengeful Achilles decides to abuse Hector’s corpse by dragging it around the back of his chariot during the nine days of funeral “games” for Patroclus. Fellow warriors exultantly join in the vengeance. They stab at Hector’s corpse while dogs and birds scavenge the flesh.

The gods on Mount Olympus, displeased with Achilles’ abuse, call a meeting. Apollo presents the case, accusing the other gods of allowing Achilles to behave so insulting. Achilles’ patrons, Hera, Poseidon and Athena, eventually yield to Zeus’ judgment that he is mad and must be persuaded to return Hector’s body. They ask Achilles’ mother, the goddess Thetis, to be their messenger. She goes to her son, caresses the huge warrior tenderly—as if he were still a small child—and whispers to him of her sorrow at seeing him in so much pain.

Meantime, the god Hermes guides Priam, Hector’s father and ruler of Troy, through the enemy lines to Achilles’ tent. Once there he tearfully implores the warrior to take pity on a father’s agony. He begs Achilles to remember his own father and the love they shared. In that silent remembrance, along with reverberations of his mother’s recent embrace, the great warrior weeps. His heart opens and his rage dissolves. This now becomes the tender condtions of Achilles’ cure. He returns Hector’s body to his father; the two sides agree to a temporary truce and the epic ends with Hector receiving a hero’s burial.

In her 1943 essay On The Iliad, the philosopher Rachel Bespaloff, a Russian Jewish émigré living in the middle of Nazi-occupied France, described Achilles’ cure as the moment when, “hatred is disconcerted and relents.” This phrase has stuck with me since I first read it in college. It especially comes into my mind when my patients’ storms abate, their grudges release, be it temporary or permanent.

At the sight of the old king, to whom he has left nothing but the royalty of misfortune, the conqueror is struck dumb; he seems to come to himself and be cured of his frenzy. The old man’s words arouse in him the desire to mourn for his father. The killer is a man again, burdened with childhood and death. Here, I think, comes one of the most beautiful silences in The Iliad –one of those absolute silences in which the din of the Trojan War, the vociferations of men and gods, and the rumblings of the Cosmos, are engulfed…

…During this strange pause arranged for him by destiny on the extreme edge of suffering… is a moment of sacred truce. Under the influence of grief, the atrocious reality had hardened into something stony; now it melts, becomes fluid and fleeting. Hatred is disconcerted and relents. The two adversaries can exchange looks without seeing each other as targets, as objects which there is merit in destroying.

For me the Inauguration was an important moment of pause and clarity in the middle of our nation’s clashing factions. This is akin to the kind of respite my patients will often experience as moments of peace, lucidity and refreshment in the midst of their difficulties.  One such respite occurred in a therapy session I had with a patient of mine named Anna who had been with me for two years.  Suffering from debilitating self-critical depression and suicidal thoughts, Anna, now forty years of age, had always been at war with herself, her family, and her co-workers.

In this particular session there was a break-through.  Anna reported on how much she was loving her new apartment. She also told me that she was tired of hand-me-downs and had just, for the first time, bought herself some new bed linens and a comforter—a small but telling gesture. She also described how plants that people had given her that had always died in the past were now growing profusely. “There was this one plant,” she told me, “that committed suicide on itself. It had only one leaf left, and it grew a new one that collapsed on the old one and broke the branch. I took that branch and put it in water, and now it has lots of roots. I think I’ll plant it in dirt this weekend.”

Feeling unwanted and unloved, Anna had lived her life on the go, never really putting down roots. Instead she was waiting for a person to come forward to love her, offer her a home, and in general rescue her. Now, slowly but steadily, Anna had come to a truce with herself. She began to speak of herself lovingly, therapeutically like a good parent.  As she did with the formerly “suicidal” plant she was learning to tend to herself by making a comfortable home for herself, and was thrilled and surprised by her own growth. In Anna’s war tenderness appeared and showed itself, branch by branch, leaf by leaf.

Interestingly, President Joe Biden has over the years frequently quoted lines from the Irish poet and playwright, Seamus Heaney’s The Cure at Troy. All of Heaney’s prose offers the expectation that conditions can change and improve. He wrote this play during “The Troubles”—the name given to the conflict that raged on between Protestants and Catholics in Northern Ireland for 30 years until just before the turn of the century. His inspiration was the 1990’s political situation in South Africa.  It moved him, as it has so many, that when he was released from his long stay in prison Nelson Mandela exhibited a great generosity of spirit. Refusing to seek revenge for his imprisonment and for apartheid, and rather than incite a war, as many had feared, he offered a helping hand to try to heal the nation.

So hope for a great sea-change
On the far side of revenge.
Believe that further shore
Is reachable from here.
Believe in miracle
And cures and healing wells.

What is the cure and where do we find healing wells? I believe it can be found in tenderness. Tenderness as therapy for ourselves, for each other and for our nation.  At the inauguration the 22-year-old poet laureate Amanda Gorman’s poem The Hill We Climb sounded a clarion call to us all. She asked us to bravely join in a sea-change or risk losing all that is precious.

I believe that our fate is not up to the gods but rather lies in the glowing light of tenderness that lives in each of our hearts.

A Tender Way to Overcome Feeling Helpless During the Pandemic