A haircut and a clip from a war movie spark a deep desire for more familiar comforts and connections to help us maintain our well-being during these disconcerting times. (From Faith’s article on ThriveGlobal.com) 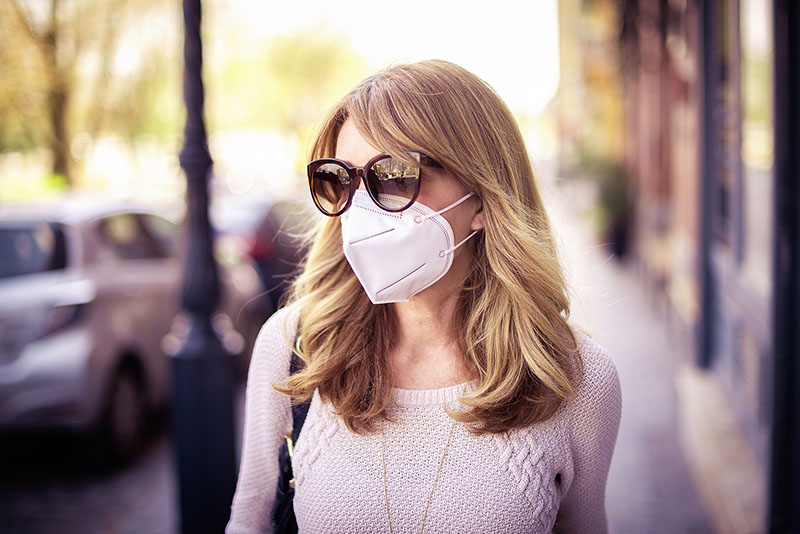 Hair salons are normally hopeful places. We walk in with a need for improvement and come out looking much improved and with a new energy. Recently I was at my hairdresser on the Upper East Side, close to my city apartment, which now sits empty most of the time. I was there to have my hair cut and styled by Yves, as he’s been doing for me for the past twenty years. This visit, though, felt very different. Instead of the typical hubbub of blow dryers and multiple people in chairs, chatting away with their hairdressers and colorists, there were less than a handful of masked people there —a lonely atmosphere.

Nothing felt the least bit joyful—even my typically upbeat and bubbly hairdresser was pretty glum. Yves and I commiserated, sharing our sense of loss around the virus and daily life and also our depressed feelings about the constant news of pain and strife and threat all around us.

Before the pandemic, the experience of going to my hair salon used to feel like a very special outing—a personal “time out” for some tending. Letting someone care for me and help me express my beauty was a kind of therapy, especially since I spent my days being a psychotherapist to others. After six months away from the city I was long overdue for some beauty care. But on this day, for the first time ever, I didn’t feel the usual glow this pampering experience had always provided. In the past I would also have coordinated a new hairdo on a day when I had a special outing that I’d chat about with Yves, including what I intended to wear. On this day, it was all about my 100th day in yoga pants and I joked that my hair would be “all dressed up with nowhere to go.” We had a laugh.

In addition to hairstyles and fashion Yves and I had bonded long ago over our mutual interest in Buddhism and meditation, always sharing the latest cool yoga classes, retreats or city events to attend. Now we told each other how grateful we were to have places outside of the city where we could enjoy being revitalized by nature—the true quiet of bird song and wind, not just sitting in a chair meditating with city sounds in the background. Though the salon was without its happy, hopeful buzz, it felt good to be together.

During my months away some friends reported that the city felt “gloomy” and “really wounded,” while others said it was “not so bad.” Even though I had seen much of it on the news, it was still a shock to walk down familiar streets and see everyone in masks, see many of my favorite stores now permanently empty, see people dining outdoors among car traffic, and see the increase in homeless encampments. It’s true, New York City is remarkably changed in many ways without any clear light at the end of the tunnel. How do we find moments of joy and tender meaning in the midst of this continuing adversity and challenge?

Pondering this thought, I suddenly remembered one astonishing scene, the most powerful anti-war statement that I can remember, in the movie 1917, which I had rented recently. The tender heart of the film comes in a scene when the messenger soldier, Will, is in a fiery night-time landscape. A town is burning, razed by the violence of battle, and there is a German soldier chasing him, firing bullets. He slips through some damaged window bars and finds himself in a room with a lit fireplace where a French woman is hiding. Seeing him, she is terrified. The soldier says softly, “I am a friend.”

Noticing that he is injured, she comes over and touches his bleeding head wound with tender hands. Just then there is the soft sound of a baby waking in a cradle across the room. The woman picks up the baby and tells the soldier, “It is a girl.” “What is her name?” he asks. “Je ne sais pas,” she responds. The baby’s parents are unknown, killed by the invasion. “I have food,” the soldier quickly says and empties his pack of cans. “But she needs milk,” the woman whispers, and Will remembers that he filled his canteen with milk at the abandoned dairy farm where his beloved buddy was killed earlier in the day.

As she feeds the infant the woman asks the soldier if he has children but he does not answer. Instead he plays with the baby’s tiny hand and sweetly recites a nursery rhyme to her. “She likes you,” the woman says. And then a church bell tolls. It is morning and the soldier knows he must return to the horror of war to try to save the men on the front line from meeting their certain death.

At the end of the film Will leans against a tree in a beautiful green field. He can breathe for the first time since he was given his order to cross enemy lines to deliver the urgent message. He opens the small tin container he has worn against his heart throughout his journey. In it he takes out a photograph of his wife and his daughter. “Come back to us,” the caption says with the drawing of a heart.

This scene reminded me of reading Homer’s The Iliad years ago in a college course. I remember being astonished by what I was reading. The epic poem went on endlessly, it seemed, with images of death and destruction: the ramming of spears into stomachs, legs cut in half with swords, bodies felled like trees. The fury is unrelenting. And then the poem breaks into scenes of such tenderness and delicacy, private scenes between mother and son, husband and wife, warrior and warrior, conqueror and conquered. I wondered how the same poet could compose in these two modes: aggression and tenderness. Every war story that has ever been told shows these moments of pause, serenity and rest when the heart speaks over the din of battle. In the midst of war we powerfully return to ourselves, even for a few moments.

Walking back to my city apartment I catch a glimpse of my reflection. Yves did a great job and I feel more whole, like I’ve returned to myself. Small things like this can make us feel better, as well they should. One pearl doesn’t make a necklace, but a string of them do.

Make no mistake: we are in a war with this novel coronavirus—a war with our internal moods and grief as we try to cope with the unfamiliar and the unknown. As in every war, we must nourish ourselves with moments of tender connection—towards others and also towards ourselves. I suggest we cherish the moments we are with people with whom we are able to safely remove our masks. I likewise suggest we project love to the people we pass who, like us, are wearing masks.

I meditate daily, so I made it a little project to find an urban garden to meditate in, as my leafy oasis. I tell myself to breathe, that this will all change. It’s a different kind of homecoming. Perhaps the city, and our lives, will not be exactly as before, but that may unexpectedly turn out to be an improvement in some way. I believe it can be, if we make it a point to notice and cultivate more moments of tenderness, more opportunities to tend to others and to ourselves and more willingness to ask for and receive tending from others.

Better days lie ahead, my friends. Remember what one of the scientists said in Jurassic Park: “Life will find a way.” Maybe it starts at the top.  Are you ready to schedule your hair appointment?

A Synchronicity of Words: Many Ways to Say What We All Need