A Synchronicity of Words: Many Ways to Say What We All Need

Tsewa, the Buddhist concept of warm-hearted tenderness, shines a powerful light on the way forward toward greater human connection and overall well-being.
By Faith Bethelard, Psy.D.
(From Faith’s article on ThriveGlobal.com) 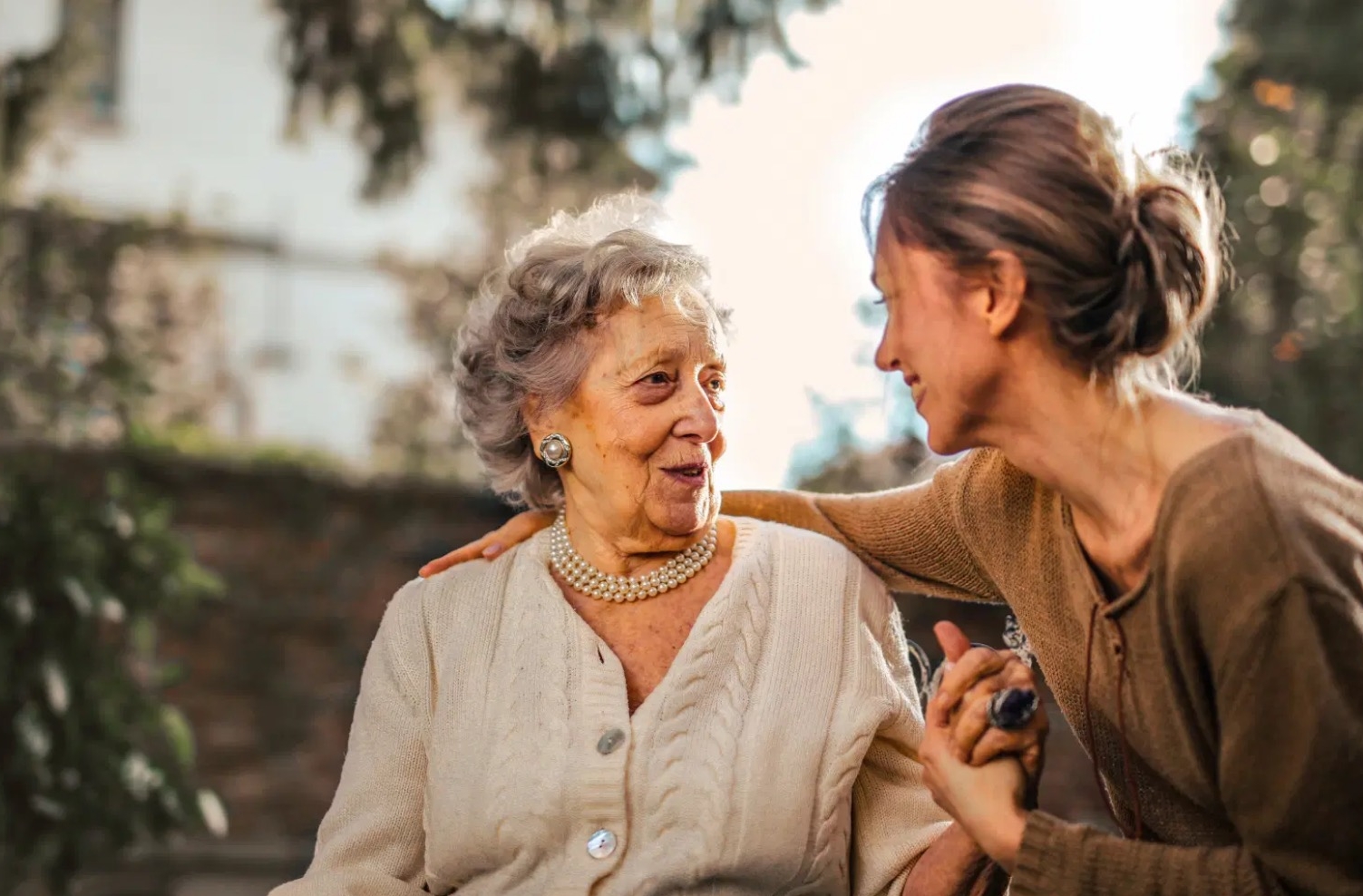 If you believe in synchronicity, as I do, and love to read, then you may have had this same experience as I did: the right book appearing just when you need it the most. That book may serve to increase your knowledge, point you in a new direction, or it may confirm a path you’re already on. That is why when, just recently, the 103-page book Training in Tenderness by Buddhist teacher Dzigar Kongtrul popped up in my Google search, I knew even before reading it that it would confirm the path I was on. That path, that passion really, is to help people lead healthier, more fulfilling lives by bringing the concept of tenderness to their awareness.

Carl Jung, the influential Swiss psychologist, coined the word “synchronicity” to describe the phenomenon of “meaningful coincidence.” He believed that, in addition to their personal unconscious, all humans possess innate universal prototypes—the psychological equivalent of DNA—which he called a collective unconscious. This explains how people can unknowingly be thinking of similar ideas, inventions or discoveries at the same time. Jung saw humankind, despite all variations, as a unified species, stemming from the same source, a unus mundus  interconnected by mysterious bonds. What then lies in the deep-rooted soul of humanity? I believe it is what Dzigar Kongtrul calls tsewa, the Tibetan Buddhist term, and what we call tenderness.

Before I found Kongtrul’s book—or it found me—I had just launched a website, TheTendernessWay.com that relates to a book I am writing. I’ve put forward a challenge that in order to survive as a species we humans need to develop more tenderness intelligence, which I shortened as “TQ.”  I launched my website just as the COVID-19 virus was spreading in the United States but before the murder of George Floyd and the long-overdue protests now taking place worldwide. Both of these pandemics— the health crisis and the police brutality/racial divide crisis— solidified my resolve to shine my own small but piercing spotlight into the darkness and show how we can learn—and in some cases re-learn—to connect gently, sweetly, tenderly!

For Buddhist practitioners, tsewa, this open warmth of the heart, is not only the source of all goodness in the world and best guide for making wise choices, it is the key ingredient to achieving enlightenment. Without tenderness toward oneself, other beings and to all of life, true contentment remains elusive. Kongtrul teaches that we can all be “buddhas in training.” That means that you and I, actually anyone who devotes their attention to practicing the way of tsewa becomes a bodhisattva, a powerful being here on earth who brings positive benefit to all.

Our buddha nature begins at birth as a seed of tenderness, an innate intelligence that holds within it all the potentiality for magnificent growth, like a majestic oak tree arising from a single acorn. We must water and cultivate the seed in order to achieve that glorious state of expansion. If we neglect or forget the seed because we’re so caught up in ego positions or separated from our basic need to give and receive tenderness the tree will still grow but it won’t be impressive or peaceful. Instead, it will be struggling to adapt to difficulties and the tree it grows into will reflect all these wounds and pressures. Here’s an image: Imagine society populated with beings marked by stunted growth, straggly branches, misshapen leaves, scars, blight and lackluster blossoms instead of a thriving, flourishing forest. As the expression goes, a picture is worth a thousand words!

The journey that brought me to the words tenderness and tsewa was not a straight line. It involved yet another book appearing when I most needed it.  That event harks back to graduate school when I happened upon The Anatomy of Dependence by Japanese psychiatrist Takeo Doi.  As Dr. Doi explained, the Japanese have an everyday noun, amae (pronounced ah-mah-ay) for which there is no direct English translation, but which can be best defined in English as “the expectation to be sweetly and indulgently loved.” This earliest emotion from our infancy is our core condition that remains with us throughout our lives and all kinds of emotional and mental distress arise when amae needs are frustrated or go unfulfilled. At the time, the closest I could get to a similar expression in English was a wish for “cherishment” which led a few years later to my co-authoring Cherishment:  A Psychology of the Heart (2000). The book was largely aimed at a clinical audience with a focus on psychotherapy issues and practice. In more recent years, still recognizing the poignant lack of cherishing affection in my patients’ lives and in the culture at large I wanted a better, more accessible word to express my views to a wider audience. When the word tenderness came to me, it clicked from every perspective.

Tenderness is our birthright, and tenderness is what we often miss terribly in our lives later on, without even knowing it. Tenderness in action can be seen in the unconditional love and care a mother gives her baby. Our beloved pets bring out our innate tenderness. Tender roots grow into flowers and trees and fruits. The front line heroes caring for us in our hospitals and nursing homes and elsewhere in this pandemic are our “tenders.”

In Romeo and Juliet Shakespeare wrote, “What’s in a name? That which we call a rose by any other name would smell as sweet.” Later Gertrude Stein wrote this, in her poem Sacred Emily, “Rose is a rose is a rose is a rose.” For me too, I say what’s in a name? Whether we call it amae, cherishment, tsewa or tenderness, it is the sweetest part of our natures, and a critically important missing ingredient, whose absence is causing havoc in so many lives.

For me, this passage resonates closely with our current political situation.  Kongtrul claims:

Tsewa is the only thing that can give us the strength and resilience to overcome the challenges that the world presents. Even though we all have this tender heart, there are always certain individuals, who because of their intense confusion and ability to influence people, spread pain and chaos to many others. But when people develop the strength of tsewa, they act as buffers to protect others from such harm and influence. When many people collectively put their trust in the good heart, it is like erecting a wall that prevents the fire of confusion from spreading…. Seen in this light, opening the heart is much more than just a spiritual practice. It is a way we can all enhance our relations with the world and with each other. It has social, economic, political and environmental benefits. It is a way of navigating the world. It is a survival skill.

When you allow yourself to let go of stories and biases, you will be amazed at how much warmth there is in this world. Then you will be able to make such a difference in other peoples’ lives, and let them do the same in yours. When you live in the flow of tenderness, what you can give—and receive—is literally limitless.

In conclusion, Kongtrul encourages us all to make the most of our precious birthright and adopt the path of the bodhisattva. He writes:

But whatever you do, if it is to be truly beneficial to the world, it must begin with your tender heart. No positive action is separate from tsewa. All the imbalance and disharmony we are seeing has come from the opposite of tsewa—a closed heart and a self-centered mind. If your intention is to promote balance and harmony – among human beings; with animals; with trees; rivers; mountains; and the Earth itself – you must put tsewa at the center. You must make opening your heart the highest priority in life. From there, all positive outer results will naturally follow, as flowers naturally arise in the springtime.

Kongtrul’s call to action, my dear friends and fellow humans, is exactly what I am endeavoring to do. I heartily recommend that you pick up a copy of this slender book, and read and re-read it. Every page offers precious gems of wisdom that certainly have opened my heart even more and left me with a warm feeling of gratitude for the good company of souls sharing this path of tenderness.

How Our Tenderness IQ Can Help Us Cope With Stress